Yesterday, I did something I've wanted to do for a long time. The Ladies of ILL hiking group, well, some of us, hiked a good portion of the Skyline to the Sea trail. Three of us had a hearty breakfast at Brasil (banana pancakes!) and then drove to Waddell Beach. We hiked in to Berry Creek Falls (where some of you will recall Viv discovering she liked Kudos bars), and up past it to Silver Falls and Gold Falls. Then we turned around and hiked back out. Then I went home to take my daily walk with Nathan. So, at the end of the day, my pedometer logged 17.24 miles or 38,514 steps. A good day of walking. I made the trek with only my cell phone camera for photographic evidence...and while it's not perfect, it has some interesting photographic "effects." 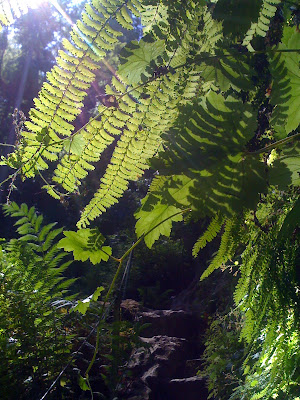 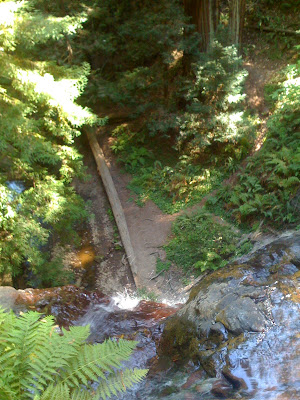 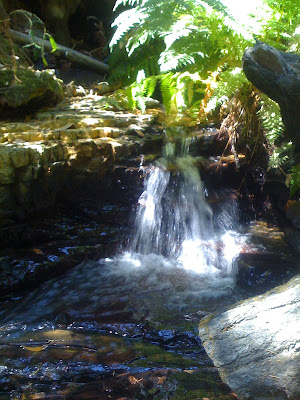 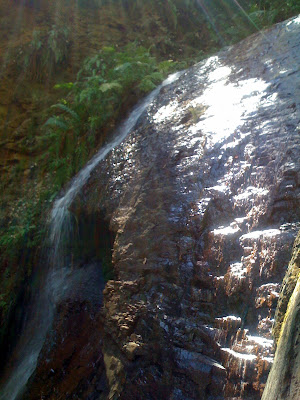 Labels: on the road, recommendations

Now, I generally have pretty good experiences with Sarahs whose names end in "h." I'm just not sure that this one is a good choice for a potential world leader. I know other Sarahs with H's that I'd happily vote for as our president, you know who I mean. I have decided, however, that this Sarah's VP nomination is a good sign.

I think it's a sign that the Republicans have given up this fight. I think they're saying (in some office we've all seen on "The West Wing,") "We're not winning this one. But we don't want anyone else to go down with the ship. Who can we send in there that we won't miss the next time around? Who've we got to spare?" Where else would you go looking for someone expendable than the Governor's mansion in Alaska? They can't save McCain at this point, he's too far in, but they don't want to send any of their other power players into this game. They know they're going to have to sit back and wait out at least another eight years, and all they have to do now is pretend they're serious about Palin.

I mean, they can't *seriously* believe that many people will take her as a fair trade for Hillary. They just can't. I mean, I disagree with them about a lot of things, but I don't think many of them are seriously that stupid.

So be of good heart!! Palin is the equivalent of a white flag. But let's all vote anyway, okay?
Posted by meteowrite at 7:51 PM 4 comments: